IS Risk Analytics' View From the Desk - April 2021 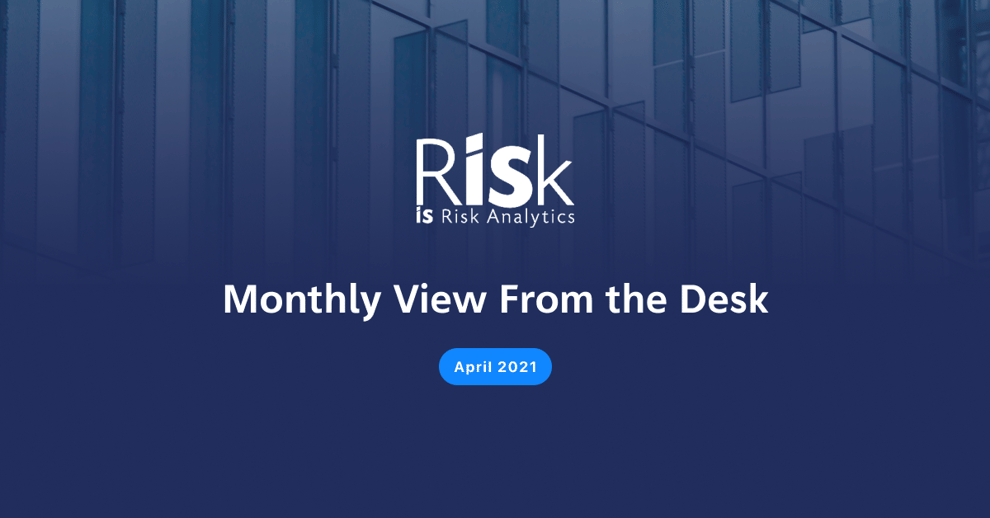 April was a disappointing profitability month for the vast majority of brokers. The month began with markets retracing the USD moves from late March that had driven most of that month’s profitability. Market conditions became more favorable as the month moved along, but it was still a below average months in terms of PL per million. Overall, volumes were down from recent months, in part due to depressed volatility in the days surrounding the Easter holiday.

India has been at the forefront of coronavirus news in recent weeks as cases have surged during the country’s second wave of outbreak. India has recently joined the US as the only countries to pass 20 million total infections. The situation has put extreme stress on India’s health care system and experts are predicting it will also lead to its economy shrinking in the current quarter.

The European economy shrank 0.6% in Q1 20201 as extended lockdowns delayed the continents recovery from the pandemic slowdown. By contrast, the US economy grew 1.6% during the same period. Following news that vaccination rates have begun to rapidly expand in recent weeks, economists are expecting much better figures in the second quarter.

US President Joe Biden detailed his proposed American Families Plan in April. It includes funding for items such as childcare, medical leave, and free community college. It would be paid for by reversing some of the prior administration’s tax cuts, increasing to top individual tax rate, and raising capital gains rates for some Americans. The $1.8 trillion plan is in addition to the $1.9 trillion stimulus bill passed in March and his proposed $2 trillion American Jobs Plan.