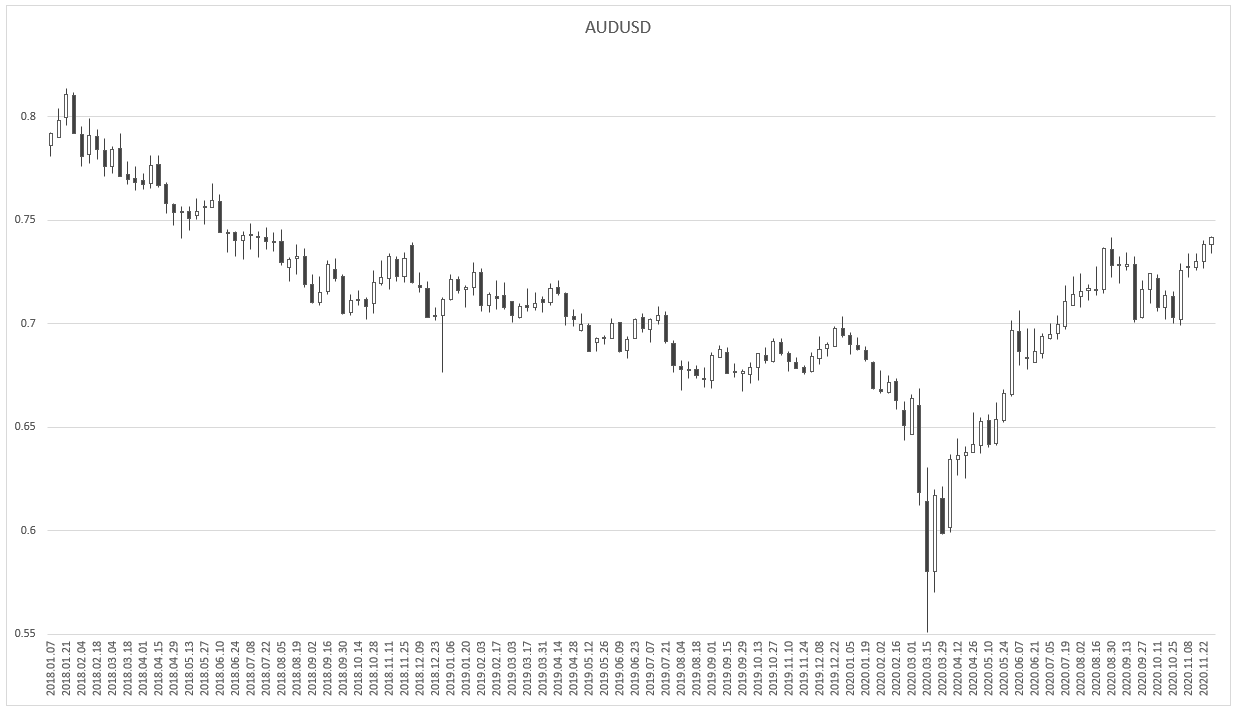 Subdued rally across Wall Street as much of the anticipated optimism has seemingly been priced in already. Yesterday, signs of fresh stimulus hopes were renewed following bi-partisan dialogue between House Speaker Nancy Pelosi and Senate Majority Leader Mitch McConnel on the proposed $908bn package. Elsewhere, US-China relations continue to overshadow bi-lateral trade. When questioned, the incoming administration noted they will leave the existing phase-one trade deal intact until President-elect Biden reviews all foreign policy. Out-going President Trump was facing allegations of his own when unsealed court documents revealed U.S. prosecutors were investigating whether the White House offered presidential pardons for political contributions.

Within the Euro Zone, the FTSE outperformed after Pfizer BioNTech’s vaccine received emergency approval in the U.K. 20mn doses are expected to be available next week with the elderly first in line. Across the aisle, the German DAX slipped 0.5% as the nation struggles to round the daily infection curve. Chancellor Merkel has extended partial lockdown by 3 more weeks. The on-going Brexit sage still a cause for concern as EU’s chief negotiator warns both sides have yet to overcome differences.

Asia-pacific indices were mixed, with Australia and Japan mute whilst Hong Kong added 210 points from strong Caixin services PMI out of China.

Building on Wall Street’s momentum spurred on by vaccine breakthroughs and prospective approvals later in this month, the S&P500 and Nasdaq surged to all-time highs whilst the Dow Jones underperformed closing relatively unchanged from Monday.

Yesterday’s strong finish followed a proposed $908bn piecemeal fiscal stimulus package by a bipartisan group of U.S. senator amid Fed Chair Powell’s appeal for more government support. Though the package falls short of the $2tn brought forth by Democrats, the bipartisan bill would immediately provide $288bn aid to small businesses and $180bn in additional unemployment. Much needed in a period where ‘the labour market is still 10m jobs below pre-pandemic levels’ as noted by the Fed Chair.

European indices and the FTSE started off December reversing Monday’s woes on the back of news E.U. regulators could approve Pfizer’s vaccines and be ready for distribution by January. The announcement was well received especially as economic growth remains subdued amid stringent restrictions.

End of month profit-taking saw Wall Street tumble early U.S. session. Nonetheless, most indices attempted to recover with Nasdaq outperforming, ending Monday unchanged whilst the S&P500 and Dow fell. Despite, Moderna set to submit its COVID-19 vaccine for approval in the U.S. and E.U, Jerome Powell warned of challenging months ahead. The Fed Chair said “the vaccine front is very positive for the medium term. For now…uncertainties remain, including timing, production and distribution…across different groups”. Meanwhile, Treasury Secretary Mnuchin encouraged congress to re-deploy the re-directed $455bn of the emergency lending facilities to be utilized as another round of fiscal stimulus.

Elsewhere, the U.K and European markets ended November erasing the previous week of gains over on-going Brexit woes. Only five weeks remain before the deadline with fisheries still a sore point of contention. Under current engagements, U.K. and E.U. fishing fleets have full access to each other’s respective waters as well as pre-negotiated national quotas. However, British fishing grounds covers broader nautical miles and is more bountiful than E.U. waters. In return for access, Boris Johnson is haggling over a higher volume of fish Brit’s can catch.

With prospects of a global vaccine roll out within weeks, Asia-pacific indices rallied on open. Both Australia and Japan surged whilst Hong Kong gapped up despite the nation imposing new restrictions amid the latest wave of COVID-19.

Global indices are poised to have one of their best if not the best performing month on record following a spate of well received announcements during November. From Joe Biden’s Presidential win to COVID-19 vaccine breakthroughs and central banks alluding to additional quantitative easing. All events pointing to accelerating economic recoveries next year. However, it is not all smooth sailing ahead as the out-going administration escalates tension with Beijing to cement President Trumps tough on China legacy and wedge President-elect Biden into a hardline position against Beijing. Documents revealed today see China’s top chipmaker SMIC and oil & gas producer CNOOC added to a blacklist curbing access to U.S. investors.

Mute volatility across Wall Street as American’s celebrated thanksgiving. Meanwhile, for the first time since the election, President Trump answered questions from reporters. Among the more interesting remarks, Trump has promised to leave the White House once Joe Biden is confirmed by the electoral college.

Across the Atlantic, European indices grind lower amid renew doubts over the highly anticipated vaccines and the economic damage existing restrictions will have on future growth. Following widespread scrutiny over their COVID-19’s vaccine efficacy, AstraZeneca has been forced back into conducting additional global trials. Preliminary results were peculiar, revealing a lower dosage had a better efficacy rate at 90%, whilst a higher dosage reduced the figures down to 70%.

The FTSE was the worst hit, sliding 0.67% after U.K. health minister Hancock announced swaths of England will not only remain in lockdown after December 2nd, but will also be placed under new, stricter tier 3 measures. In tier 3, households cannot physically mingle, hospitability and entertainment venues will be all be shut, and travel is discouraged. Boris Johnson defended the measures stating, “if we ease off now, we risk losing control…forcing us back to a new year national lockdown”.

Rotation out of cyclical firms saw the S&P500 and Dow take a breather after hitting all-time highs whilst Nasdaq took the opportunity to make up for lost ground from tech’s recent under performance. China’s president grabbed headlines yesterday as Xi congratulated Joe Biden’s election win with messages entailing hopes of a “healthy and stable” U.S. – China relationship with “no conflicts” and “no confrontations”. President Xi’s remarks come amid further U.S. sanctions on Chinese firms deemed facilitating Iran’s missile program.

European markets ease off momentum following a series of recent positive announcements boosted broad based benchmarks to multi-month highs. Meanwhile, the FTSE suffered a 1% decline on Wednesday as Brexit tension flare again. European negotiators were unwilling to budge on rules surrounding swap trading by E.U. banks in the U.K. A no-deal Brexit would see disruption in the derivatives market worth $50tn a year.

Widespread risk-on sentiment as global indices continue to savour President-elect Joe Biden’s formal transition into office and the incoming business friendly administration appointees. Janet Yellen’s pick as Treasury Secretary dramatically improved global outlook as the Dow cracks 30,000 for the first time. Alongside Tesla’s debut into the S&P500, with the electric automaker soaring 6%, the broad-based benchmark also settled at historic highs. On the back of Wall Street’s buying frenzy, Nasdaq gained 1.5%.

Though it’s not all smooth sailing ahead. Last week, departing Treasury Secretary Mnuchin retracted $429bn in emergency lending facilities from the Fed and re-directed funds towards the Cares Act. Of which requires congressional approval to access in a Republican controlled senate floor. This move drastically cuts Yellen’s war chest down to just under $80bn.

Prospects of easing social restriction measures in France saw the STOXX and CAC cracking 9-months high again. Among European states, Frances’ virus curbs have successfully rounded the curve from daily infections of 86,000 to 9,000. President Emmanuel Macron is expected to announce relaxation of lockdown rules today. Elsewhere, Australia and Japan are both on course for the best month on record

Short of a full concession, President Trump directed the General Services Administration to initiate formal transition processes following Michigan’s election board certifying results sealing President-elect Biden’s win. Wall Street further welcomed news that Biden’s administration has selected Janet Yellen to serve as Treasury secretary. The first women in the role, but more importantly a friendlier figure towards big banks and financial markets than progressive picks like Senator Elizabeth Warren. By the end of Tuesday session, both the S&P500 and Dow rallied 0.7% and 1.3% respectively, though the Nasdaq underperformed on the back of AstraZeneca’s vaccine announcement. Unlike Pfizer and Moderna, the new vaccine boast a 70% prevent rate, rising to 90% under certain conditions. However, the University of Oxford coordinated trial drew harsh criticism for its lack of sample size.

Asia’s poised to climb following a boost in sentiment from the overnight U.S. session. Thus far, Australia has rallied 0.7% intra-day and remarkably of the past 16 days, 14 has ended in positive territory. Likewise, the Nikkei resumed their winning streak hitting a 29-year high whilst Hong Kong gapped up 0.5% on open.

Vaccine sentiment that propelled the S&P and Dow to all-time highs on Monday has begun fading as the resurgence in COVID infections saw investors rotate back into stay-at-home tech firms. Among Wall Street yesterday, Nasdaq was the only benchmark notching higher, by 0.8%. Meanwhile, the Dow underperformed, and S&P remained unchanged following a clash between Treasury Secretary Mnuchin and the Federal Reserve. Much to the Fed’s opposition, Mnuchin is pulling the plug on the central banks $445bn emergency lending facilities for struggling businesses. Though the program was largely unused, its existence was a source of confidence that relieved market anxiety about the broader economy.

Likewise, ever increasing piecemeal social restriction measures has taken the wind out of U.K. and European indices as many settled within a plus/minus 0.5% range from the previous days close. A recent economist poll anticipates the Euro zone will contract 2.5% in Q4 2020 following a 12.6% rebound in Q3. Whilst Brexit negotiations will move online after a member of the EU team contracted COVID-19. Time is running short as both sides seek to conclude a draft in time for it to be legally checked, translated and ratified before December’s deadline.

A lack of major news in Asia see’s mute activity across Asia-Pacific markets. Experts in Hong Kong foresee a fourth-wave following a rebound in cases with 12 confirmed and more than 20 suspected. Whilst Japanese PM Suga warned the country will move ahead with restrictions of their own, South Australia will come out of hard lockdown on Saturday after contact tracers were misled by an infected individual.

Pfizer one ups Moderna with final clinical-trial data revealing a 95% efficacy rate. Bringing into question whether an additional 0.5% outweighs the vaccine’s tougher storage conditions and shorter shelf life. Pfizer is expected to apply for U.S. and E.U emergency regulatory authorization within days. Despite recent vaccine breakthroughs, Wall Street retreated for a second-straight day, as resurging COVID-19 cases temper U.S. States to set tighter rules on daily American lives. In the meantime, unemployment benefits for more than 10 million workers is set to expire in December unless congress passes a renewed stimulus package.

Across the Atlantic, European indices take a late-session tumble following an uptick from Pfizer’s announcement. Late-session saw investors remain cautious about short-term prospects for a vaccine, considering most health experts expect shots to be widely distributed only in the latter half of 2021. The FTSE fell 0.5% ahead of Thursday’s EU leaders’ video conference summit, seen as the final deadline for Brussels and Boris to strike a draft Brexit trade deal.