Risk-on sentiment emboldens Wall Street to elevated valuations whilst the delta virus variant has tempered optimism elsewhere around the globe. Both the S&P500 and Dow Jones rallied 0.2% and 0.7% respectively, what the former notches its 5th consecutive record high. This despite, rising geo-political tensions on the peripherals as the U.S. and Japan conduct joint military exercise in the face of China’s conflict with Taiwan. In a speech, marking the Communist Party’s 100-year anniversary President Xi had called for unification with Taiwan a “historic mission” and warns foreign forces will have their heads broken “on the steel Great Wall”.

In Asia, COVID-19 resurgence continues to plague Japan. The Nikkei fell 0.4% as the government edges closer to extending two weeks to a month of restrictions ahead of Tokyo’s 2021 Olympics. Meanwhile, Sydney Australia’s most populous city is struggling to contain the variants outbreak. The past 24 hours has seen another 24 new local cases despite emergency lockdown protocols being implemented. The S&P200 tumbled 0.5%.

Overnight European benchmarks faired no better, retreating across the board, but nonetheless recorded their fifth straight month of gains. A similar story as Asia with the delta variant risk tilting sentiment to risk-off. This despite Moderna’s recent announcement that their vaccine produces relevant protective antibodies against the highly transmissible mutation.

Ahead of Friday’s US jobs data, the dollar index strengthened anticipating strong job gains and in turn cementing the Federal Reserve’s view to bring the first rate rise forward. Crude oil fluctuated between 73 and 74 as expected output increase coming from todays OPEC meeting is offset by COVID-19’s delta variant. Gold bounced off support to rally back to $1,770 and bitcoin finds equilibrium around $34,000. 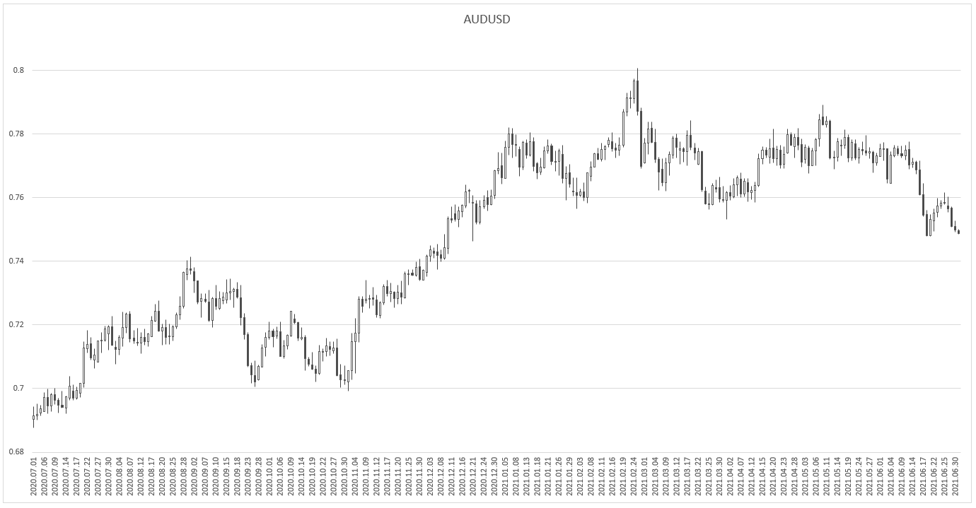 Figure 1 (Source: IS Prime) AUDUSD Daily : The Australian dollar amid a turn in trend as progress halts in growing beyond the pandemic. Vaccinations have lagged other developed counter-parts, leading to sudden virus outbreaks and in turn stifling economic growth