The U.S. dollar fluctuated against most currencies on Wednesday, as the market had hope for another economic stimulus plan, which improved risk sentiment. The plan may help alleviate the economic shock caused by the recession caused by the coronavirus epidemic.

Overall, the U.S. dollar has experienced its worst quarter since September 2017, falling by about 3.5%. Investors expected the economy to recover rapidly after the coronavirus epidemic. This prompted investors to withdraw from safe-haven assets and buy riskier High currency.

The U.S. dollar fell against the Japanese yen and weakened against higher-risk currencies such as the Australian dollar, New Zealand dollar and Canadian dollar. 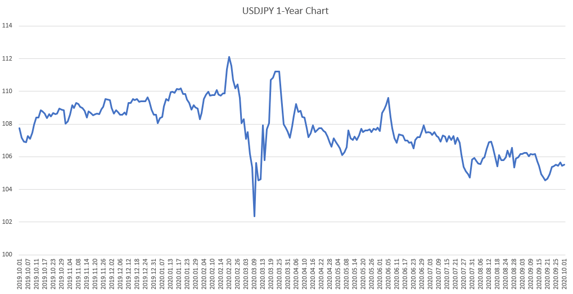 The Speaker of the US House of Representatives Pelosi and Treasury Secretary Mnuchin met on Wednesday to try to reach an agreement on the coronavirus rescue bill before the November 3 general election.