Wall Street surged to end the week off on a high after a perfect balance in labour market data illustrated a economy well underway in its recovery but not beyond a pace that would raise concern from the Federal Reserve. With non-farm employment change beating expectations offset by a higher unemployment rate, temptations that the central bank may rein in on quantitative easing have subsided. Both the S&P500 and Nasdaq gained 0.8% and the Dow Jones higher by 0.2%.

Whilst talks of hawkish monetary endeavors are rife in US markets, the ECB exudes a different tone in maintaining their dovish stances, reflecting the different pace in recovery. Friday saw mixed results, the DAX outperformed eking out 0.2% though the remaining benchmarks ended the session lower.

In Asia, sentiment on the Hang Seng was dampened after China opened a cybersecurity probe on the newly IPO ride hailing giant Didi. Authorities have accused the company of “seriously violating laws on collecting and using personal information” and ordered their app to be taken off domestic app stores. The Hang Seng fall to an 1.1% intraday low, with the Nikkei following suit, down 0.5%, mired with COVID-19 and a catastrophic Olympic event of their own. Elsewhere, the S&P200 gapped higher on open on expectations beating retail sales but have since retraced.

OPEC remains in the spotlight as negotiations continue to stall on Friday on raising oil production for the remainder of 2021. The deadlock entirely brought upon by the United Arab Emirates, whom are demanding better productions terms for themselves The group will reconvene on Monday via videoconference in hopes to hash out a deal on the propose 400,000 barrels increase each month between August and December else they risk unravelling the cartel. Surprisingly despite this, crude oil held steady, closing just above $75.

Higher unemployment rate drove demand out of the U.S. dollar against counterparts. Gold rallied back above $1,785 and bitcoin fluctuates between 34,000 – 35,000. 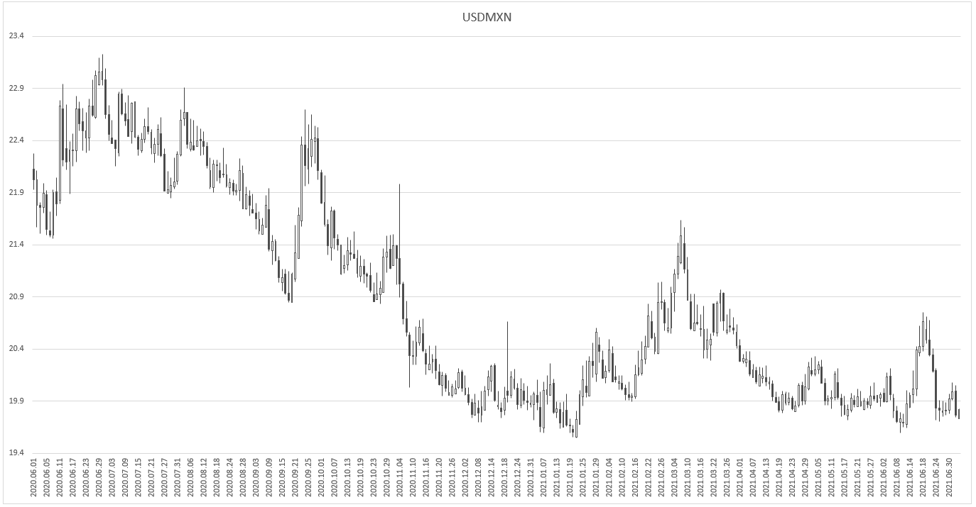 Figure 1 (Source: IS Prime) USDMXN Daily : Mexican peso appreciates towards a major support level following a surprise 25bps rate hike by the central bank after it ups the GDP growth forecast for 2021 to 4.6%.