Losses made on Thursday were recovered on Wall Street by weeks end following a weaker than expect labour statistics, alleviating concerns of an economy running too hot. Giving weight to the Fed’s continuing narrative that despite overshooting inflation being a real possibility, the effect is transitory. A theory reassured by the U.S. Treasury Secretary Janet Yellen on Sunday, stating that even if inflation triggers higher interest rates, elevated rates could be good for both society and the Fed.

In Europe, the STOXX ended on another record, rising 0.4%. Similar price action was seen for the CAC and DAX. The FTSE100 still fluctuating within a tight range, managing to eke out a 0.1% gain. Profit-taking prevailed in Asia with Australia, Japan and Hong Kong slipping on open following Yellen’s overnight higher interest remarks. Optimism was further dampened after G7 ministers arrived at a global a tax deal to implement a global minimum rate of at least 15% on multinational corporations.

Friday saw crude oil closing beyond $69 and recording 6 consecutive days of advances with Monday open seeing prices touch as high as $69.98 intra-day after comments from Vitol Group on Sunday echoing similar remarks of the OPEC+ meeting of rising fuel consumption. The U.S. dollar depreciated against majors whilst gold surged $20 to $1,890.

Over the weekend, bitcoin traded below $35,000 after reports that Chinese social-media service Weibo suspended various crypto-related accounts. When attempting to view the accounts, the service tags the account as violating laws and regulations. Meanwhile, a Goldman survey of 25 CIO’s around globe reveal there’s still reluctance in adopting the alternative asset. 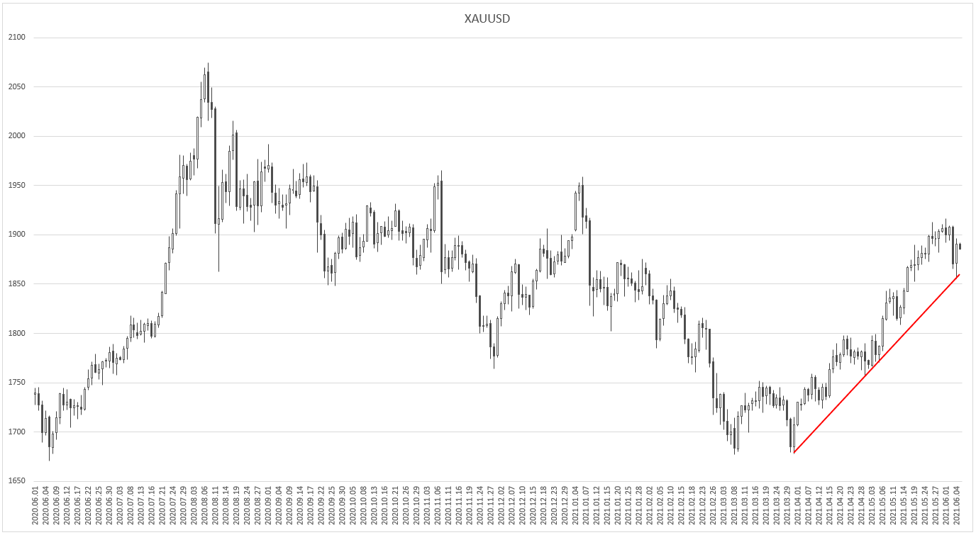 Figure 1 (Source: IS Prime) XAUUSD Daily : As bitcoin falls out of favour, demand for the previous metal continues to rise as gold bounces off a technical trend line.