Ahead of the FOMC meeting minute release today, Wall Street cyclicals snapped their winning streaks as both the S&P500 and Dow Jones retreated in bear territory whilst Nasdaq bucks the trend to end 0.4% higher as Amazon led the charge. Investors are bracing for potential hawkish sentiment among central bank members. Likewise, European benchmarks followed suit, point downing for the session. The French CAC lost 0.9%, STOXX lower by 0.5% and the DAX slipping 1%.

In Asia, the Japanese Nikkei seesaws between the opening price despite an anticipated announcement from Japanese Prime Minister Suga, set to unveil a stimulus package mounting to atleast $180 bn ahead of the 2021 Japanese general election in October. The prevailing party suffered over the weekend as Tokyo elections saw the coalition lose a majority of its seat. As of recent, Suga has been criticised over his administrations failings in handling the virus and a vaccine rollout schedule mired with delays. Meanwhile, the S&P200 regained all of yesterday’s losses whilst the Hang Seng remained unchanged.

Crude oil slumps 3.5% on Tuesday to below $74 as investors continue to digest the ramifications of the dispute between Saudi Arabia and the United Arab Emirates. With negotiations deteriorated, the failed expected monthly incremental supply increase of 400,000 barrels a day has seen oil hit 6-year highs. However, as infighting prolongs, a lack of unity among OPEC members would entice peripheral nations, dependent upon oil revenues, to take it upon themselves to supply the market independently.

The US dollar index rose in line with overall markets’ hawkish sentiment with gold posting their 5th consecutive advance to settle above $1,765. Elsewhere, bitcoin oscillates between 34,000 – 35,000. 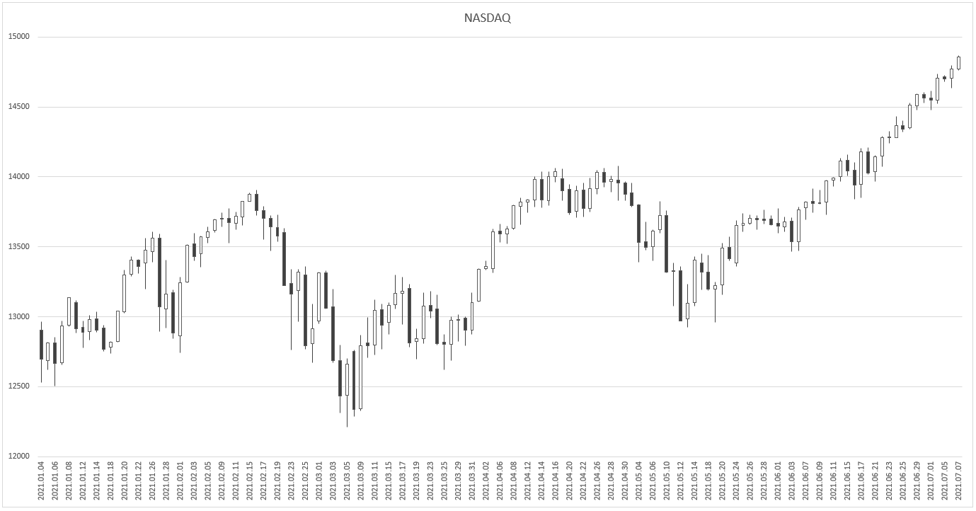