Off to a positive start for Asia with indices up over yesterday’s session highs, shrugging off an ever-deteriorating relationship between America and China. In response to US placing sanctions on 11 Chinese and Hong Kong officials, China retaliated with 11 sanctions of their own. The list avoided direct personnel from Trump’s administration but did include allying US senators such as Marco Rubio and Ted Cruz.

China thus far has remained ahead of the curve in their economic recovery. Recent auto sales data illustrated a 16.4% year on year increase alongside four months of consecutive gains. Crude oil responded upbeat to the data on top of announcements by Iran to cut output by 400,000 bps in compensation for overproduction for the past 3 months. Vacancies in oil storage are also rising as energy companies begin taking back product to meet renew demand. 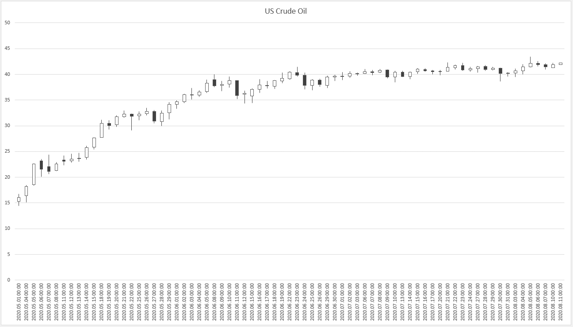 Amid a global recession, the Chinese yuan has seemingly found a happy medium. Not yet a global reserve currency authorities envisioned its role to be. Nonetheless its subtle depreciation from March highs of 2018 has benefited China in cheapening exports, avoiding over inflation and more importantly side-stepping rhetoric of being a currency manipulator. By years end, most analyst expect the yuan to depreciate to 7.0000 level.