The U.S. stock market opened high yesterday but drifted lower to finally finish the trading session in red territories, the blue-chip S&P 500 index dropped 1.65%, while the Nasdaq indices were down by over 3%. The newly released inflation data has raised investors’ expectations of the Fed to increase rates more aggressively over the coming months, which has in turn hit growth stocks and placed short-term U.S. government debt under pressure. Markets now expecting the Fed to hike rates by half percentage point in both June and July. On the other hand, Saudi Aramco has surpassed Apple to become the world’s most valuable company on Wednesday, with its market capitalization now at 2.42 trillion dollars.

European equities continue to advance for a second straight session yesterday, as a handful of upbeat earnings reports boosted investor sentiments. All the primary stock indices including CAC 40, DAX and STOXX 50 all finished the day higher by over 2%. Meanwhile, ECB president Lagarde said on Wednesday that they are likely to end its bond-buying stimulus program in the third quarter of this year and to hike rates at the earliest in July. In Eastern Europe, Russia has planned to take over the Kherson region in southern Ukraine after Putin’s spokesperson mentioned that the local residents in the region should decide whether to join Russia or not.

Asian stock markets took a hit on Thursday, with all the local markets in red as the overnight decline from Wall Street seems to be contagious. Australia’s ASX 200 indices dipped 1.7% shortly after the opening of the afternoon trading session, while Japan’s Nikkei 225 slid almost 1.5% as its local economy will suffer a contraction in Q1 2022 on lower consumption, Likewise, HK’s Hang Seng index ended two days of rally to drop 1.9% today, unable to break above the level of 20,000 points.

Oil price is down on Thursday with the price of WTI crude dropped to $103.7 per barrel. Russia has also sanctioned 30 energy companies in a retaliatory move following western punishments. Price of yellow metal was down slightly today as investors are digesting the U.S. CPI figure, currently at $1,850.5. In contrast, bitcoin price continue to slump to as low as $25.4K today as investors flee from the speculative digital assets under the rate rise environment, with the largest U.S. cryptocurrency exchange Coinbase’s share price plummet more than 40% in the first quarter as the “crypto winter” sets in. 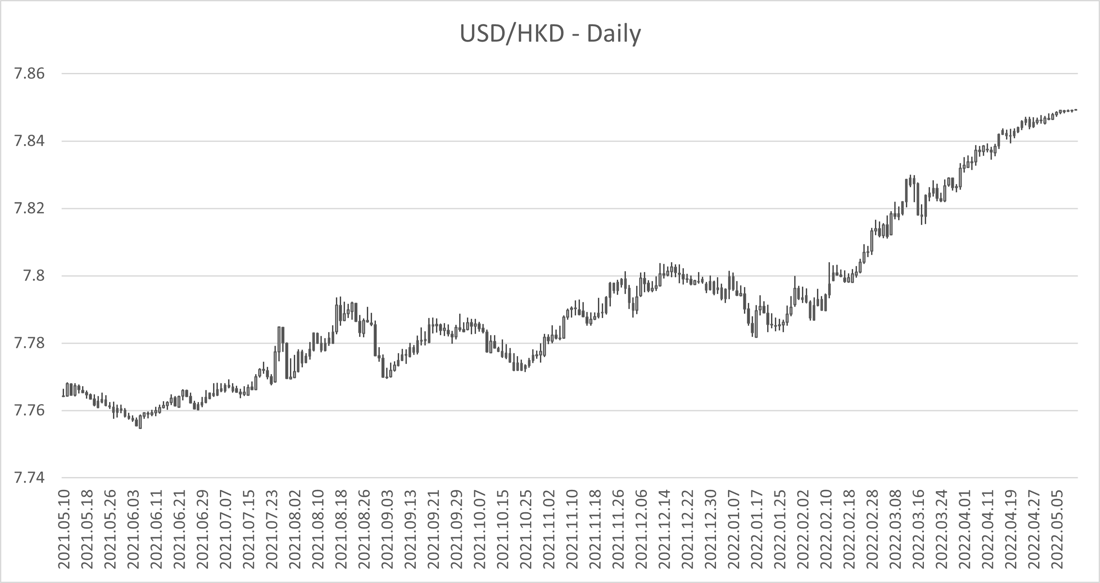 Figure 1 (Source: IS Prime) USD/HKD daily: The greenback has been appreciating significantly against the HK dollar in the recent months, which has pushed the Hong Kong Monetary Authority to buy HKD today, in order to maintain the linked exchange rate system of pushing HKD away from the lower limit by keeping the exchange rate under HK$7.85 to $1.