US dollar decline resumes after getting a little reprieve these past 2 days. Gold too has found support just above the 1,860 level, bouncing back from its single 1-day biggest decline. Despite the increase in volatility, the precious metal is still one of the best performing assets this year. In focus is still stimulus talks in Washington. Accusations have been thrown between President Trump, the Republicans and the Democrats in not wanting to negotiate.

Nonetheless, S&P500 ended the session up just a hair below record highs from February. A third of the indices rise attributable to gains in Apple, Amazon and Microsoft. As we move towards US presidential elections in November, market sentiment had been cautious to potential risk. Only to be relieved as Democratic ticket Joe Biden, announced Kamala Harris as his running mate. Both of whom seen as centralist, with policies friendly to financial markets. 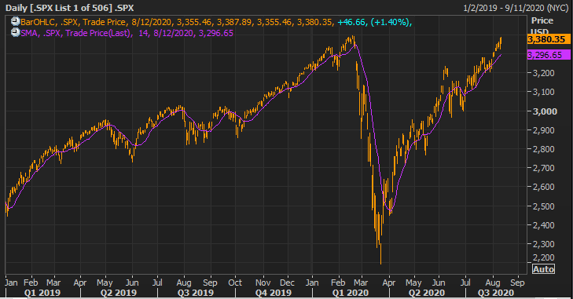