Ahead of President-elect Joe Biden’s $1.9tn stimulus announcement, Wall Street diverges with the Russell’s index settling at record highs whilst large cap and tech retreated. Small businesses are anticipated to be the main beneficiary of a new wave of spending, including expanding jobless benefits and vaccinations programs on top of more direct payments to American households. Meanwhile out-going President Trump struggles to assemble a legal team ahead of his 2nd impeachment and uncertainty still cloud when the trial will begin.

European benchmarks managed to notch higher on brighter re-evaluations in the face of social lockdowns that’s stifling economic recovery. Alongside the large U.S. relief package, Chinese trade balance data not only exceeded expectations but now stands at historic highs. An encouraging sign, especially after the EU and China signing a trade deal earlier this week.

Elsewhere US – China relations continues to sour as the Trump administration in the their finals days is set to impose sanctions on smartphone maker Xiaomi and oil company CNOOC, citing security risk for the former and punishing the later for their involvement in disputed South China Sea waters. Though news initially flustered the Hang Seng on open, the indices regained ground intra-day hitting an 11-month high. Australian shares rose on the back of Biden’s unveiling whilst Japan took a breather, slipping 0.78% thus far. Nevertheless, following a strong start to 2021, the Nikkei is now just 5% from the 30,000 level. Investors are anticipating a bumper earnings season despite prevailing headwinds. An outbreak still uncontained, an Olympic in doubt and a plunging approval rating for Prime Minister Suga.

The U.S. dollar index fluctuates around the 90 level as elevated Treasury yields stave off risk-appetite for alternative currencies. Gold steadies at 1,850, crude hits 53.00 on demand recovery and bitcoin back at 40,000. 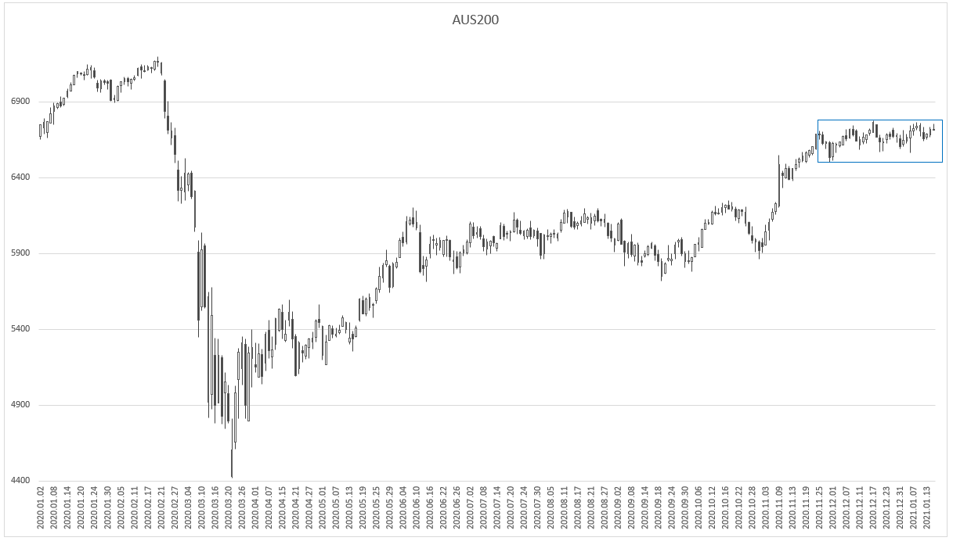 Figure 1 (Source: IS Prime): AUS200 Daily : Aussie benchmark in a conundrum fraught with a pandemic of their own has left the S&P200 as one of the worst performing indices among developed countries.