Wall Street upbeat as the S&P500 caps off a 50% percent rally from March lows and sits comfortably above record highs made back in February. The bounce back marks the fastest bear-market recovery in the index’s history. Following suit, global indices and futures rallied higher in Asia’s open whilst Hong Kong slumps on news the US State Department has informed university administrations to divest their endowment holdings away from Chinese companies. A letter was sent to university boards as a warning that further sanctions and restrictions towards Chinese firms is currently in the mix. 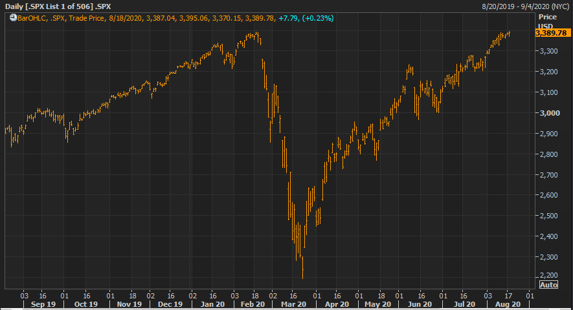 Figure 1 (Source: Refinitiv): S&P 500 Chart - S&P500 capping off a 50% percent rally from March lows, settling above highs made in February.

Elsewhere, gold briefly touched 2,000 again but could not hold ground, even in the midst of the US dollar hitting multi-week lows against other majors. While a fiscal package deal continues to elude congress, massive quantitative easing has kept pressure on the greenback. Reflecting market conditions, the PBOC has set the yuan’s mid-point lower from 6.9325 to 6.9168. Tensions between China and the US were turned up a notch yesterday as Trump cancelled trade talks with Beijing scheduled for Saturday. The administrations tough stance on China has been a major focal point for Trump’s re-election campaign. New polling suggests Biden’s lead has narrowed down to 4 points.