Asian Shares saw gains today on back of news that there may be a potential vaccine to the coronavirus. 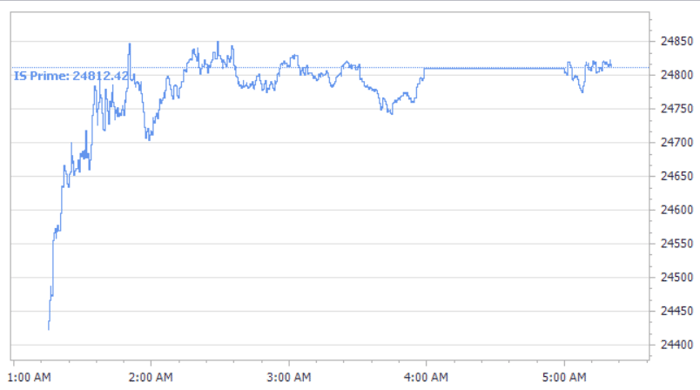 Other headlines earlier today come from the U.S. House of Representatives who will allow for an extension of a $660bln lending program. Senate approved yesterday.

St. Louis Federal Reserve Bank president James Bullard has warned that a growing number of bankruptcies due to the coronavirus outbreak could lead to a financial crisis, the Financial Times reported.

In the UK, we saw a report from the The Daily Telegragh which stated the British government will ditch its air bridge plans and end the quarantine rules for those arriving from a basket of 75 approved countries.

Fight or flight, as new security laws sweep across HK, thousands march resulting in over 300 arrests. Pro-democracy lawmakers proclaim the end of free speech as bankers and head-hunters caution flight of capital and talent from the city in the coming months. Investor sentiment though seemingly positive with reforms bringing much needed stability and confidence in markets.

Global market volatility anticipated to remain benign on Friday as the United States on break in preparation for Independence Days.