US stocks fell on Friday to their lowest level in almost a month, as investors grappled with signs of slowing global economic growth and the implications for monetary policy, as the Fed committee will meet on Tuesday to shed light on the fate of the bond-buying program, with market consensus believe they will begin to phase out the stimulus as early as November. The S&P 500 index dropped by 0.91% on Friday, its lowest point in four weeks, while Nasdaq also dipped by 0.9% on the day, with both indices falling for the second consecutive week. On the other hand, The US Congress plan to consider legislation in this week to extend the debit limit as failure to do so might plunge the economy into a recession and lead the country to default on its payment obligations.

In Europe, the STOXX 600 index fell 0.9% on last Friday, finishing the week down 1% to reflect the cautious mood on Wall Street. Both the FTSE 100 and DAX dropped 0.91% and 1.03% respectively. However, the European travel shares rallied on Friday as UK media reports suggested the government would ease restrictions and quarantine rules in time for the school half-term break. Shares in the British Airway owner IAG were nearly 5% higher at the market close in London.

The performance of the Asian market is mixed, with both the Nikkei 225 and KOSPI indices up by 0.58% and 0.33% respectively, during the morning close. While the Hang Seng index fell by more than 3.8% at the morning closure, led by the share of Evergrande, which plunged over 15%, extending losses as investors take a dim view of its business prospects with a fast-approaching deadline for payment obligations this week.

The EURUSD falls another 35 pips to settle at 1.1725 following leaked data last Thursday from the ECB which illustrated unpublished inflation forecasts depicting the central bank’s intention to initiate interest rate raises within two years. Meanwhile a 14bn short-term funds injections by the PBOC on Friday saw the USDCNH rally to above the 6.47 level. A slowdown in retail sales due a recent resurgence and the looming debt crisis from Evergrande have regulators worried.

Crude retreated to $72 after capping two consecutive weeks of advances fueled by supply restrictions as Hurricane Ida stifled America’s oil refinery sector alongside contagion from natural gas prices spurring prospects of fuel switching. Nevertheless, as OPEC intends to bolster supply increase in the coming months, Iraq have communicated the likelihood of prices being around $70 in Q1 of next year.

Elsewhere, gold fluctuated but still steadied itself around $1,754 by sessions end after Thursday tumultuous tumble. Bitcoin drifts lower to below $46,000 despite announcements by Wall Street’s biggest trading companies like Jump Trading, GTS and Jane Street in stepping up their crypto divisions. 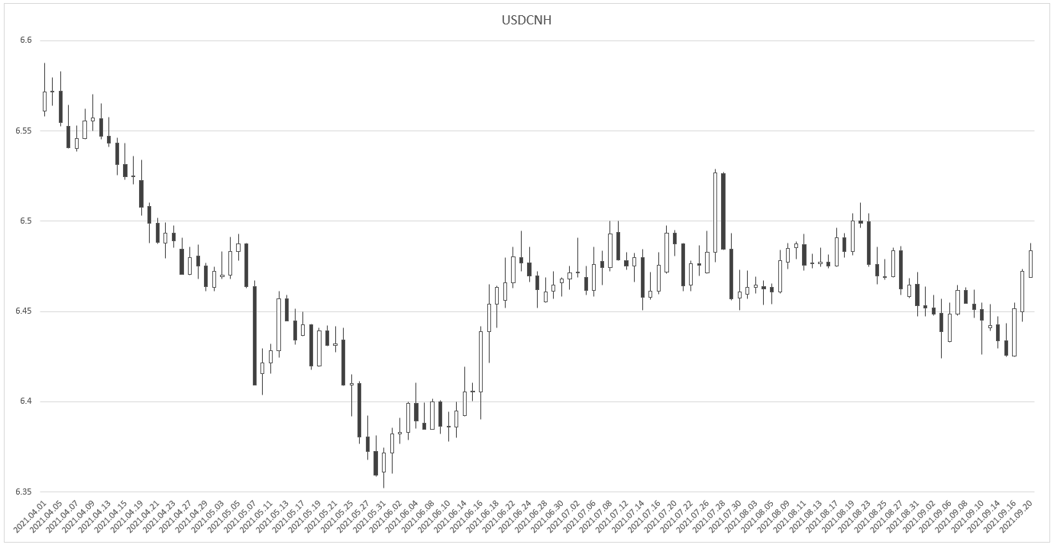