President Biden’s plans to introduce a capital gains tax of 43.4%, essentially doubling of existing rates, for those earning $1 million or more jarred Wall Street as major benchmarks tumbled lower. Nasdaq down 0.9%, Dow Jones lost 0.7% and the S&P500 slipped 0.6%. The plan comes amid the administration’s fiscal splurge to ensure the American recovery stays on track and would also reverse some of the tax cuts previously passed by President Trump in 2017. UK and European markets were subdued after the ECB left monetary policy unchanged offset U.S. contagion.

In Asia, indices brushed off overnight sentiment to rally on open. Despite Hong Kong and Singapore calling off a planned air-travel bubble planned for Thursday, the Hang Seng rose 1.1% intraday. The postponement was triggered following an outbreak among Singapore’s migrant worker community. The Nikkei edged higher amid the government plans to implement a “short and powerful” state of emergency for big cities, just 3 months out from the Olympics. Daily cases in Japan has spiked to over 5,000 just yesterday.

Risk-off appetite saw the U.S. dollar gain among majors. Gold set to record their 3rd consecutive weeks of gains, currently at $1,780 whilst palladium retreated from all-time highs to settle at $2,828 as a tight supply situation pushed prices higher. Improving gasoline demand in the U.S. saw oil prices gain. This despite the COVID pandemic in India and Brazil reach crisis levels.

Bitcoin continues to receive a beatdown as it declines below $49,000 after just hitting $64,900 two weeks ago. A raft of potential regulatory reform in the U.S. from money laundering legislation to a capital gains hike has fuelled the outflow. Nonetheless, the crypto asset remains as one of the best performers for the past year, sitting on 625% gains. 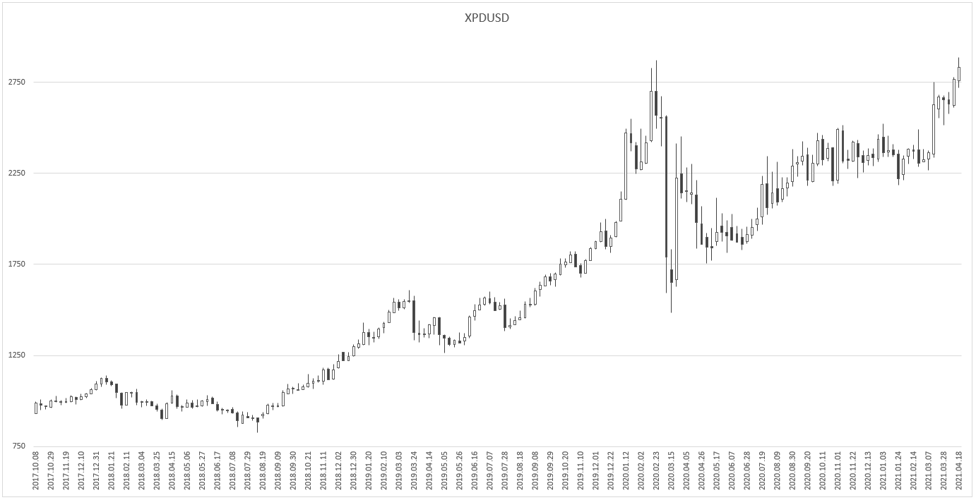