Dow diverges from Wall Street ending the session lower as Apple’s 4-to-1 stock split prompted a reshuffle in the benchmark. American juggernauts Exxon Mobil, Pfizer, and Honeywell ousted by Salesforce, Amgen and Raytheon. Euphoria in the S&P500 and Nasdaq continues as both indices hit fresh highs for 3 consecutive days as the market lacked negative news. Despite a record-breaking US session, Europe was mute whilst indices in Asia are off to a quiet start, though Australia dipped on open from poor performance in banks and coal.

As Hurricane Laura (a category 3) is set to engulf America’s Gulf Coast in the next 48 hours, crude oil celebrates a breakout to the upside after a prolong period of consolidation. Concerns over fuel shortage are rising as numerous refineries in the hurricane’s path have either been shut down or are in the process of closing. 80% of refinery lines across the Gulf of Mexico has also been shut, accounting for 1.5m bpd. Depending on the aftermath, they may not re-open for a while. 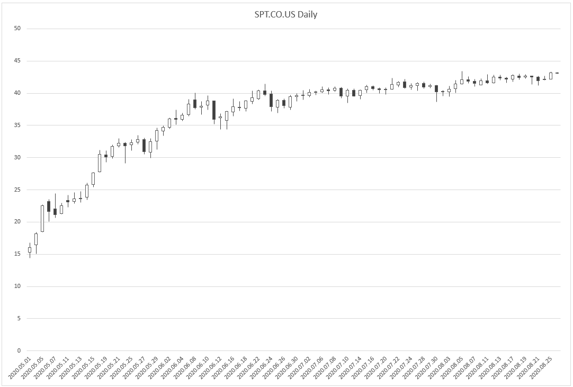 Most G7 currencies gained slightly against the greenback as many await for Fed Powell’s remarks on Thursday. A change in forward guidance is expected in relation to inflation targeting. Russian Ruble lost 3% against the dollar in the past 5 days as events surrounding Belarus and poisoning of Russian opposition leader remain in the headlines.