Cyclicals on Wall Street notched higher with the S&P500 and Dow Jones outperforming. Nasdaq unchanged as President Biden is set to unveil a budget anticipated to increase federal expenditure to $6tn in the next fiscal year geared towards the real economy. Meanwhile, an expansive bill set to tackle Chinas’ rise and competitiveness gains bipartisan support in the Senate but faces minute obstacles in the House. The new bill would see the government spend more than $100bn in R&D as well as another $52bn to grandfather America’s domestic semiconductor manufacturing industry. Alongside spending programs, the bill includes additional measures punishing China on human right breaches and restrict influences on U.S. soil, escalating an already heated geopolitical tensions.

In Europe, benchmarks aligned price action with their U.S. counterparts and so too the FTSE100. Asia opened more upbeat as indices across the board rallied. The Hang Seng is to settle at a 2 month high, the S&P200 an all-time high, and the Nikkei advancing 1% intraday.

China’s yuan continues to surge ahead despite drawing caution from the PBOC. Authorities had remained on the sidelines allowing the daily reference rate to track the market. However, the most recent daily fixing saw the central bank set figures at 6.3858 compared to the markets estimate of 6.3837. A subtle change in tone.

The U.S. dollar index left unchanged on Thursday, gold stabilized at $1,898 and crude rises beyond $67. Bitcoin finds equilibrium around the $39,000 level following last weeks rout. During a Bloomberg interview yesterday, legendary activist investor Carl Icahn said despite the tumble, cryptocurrency is here to stay and that his own fund is considering adding up to $1.5bn in the digital asset class. 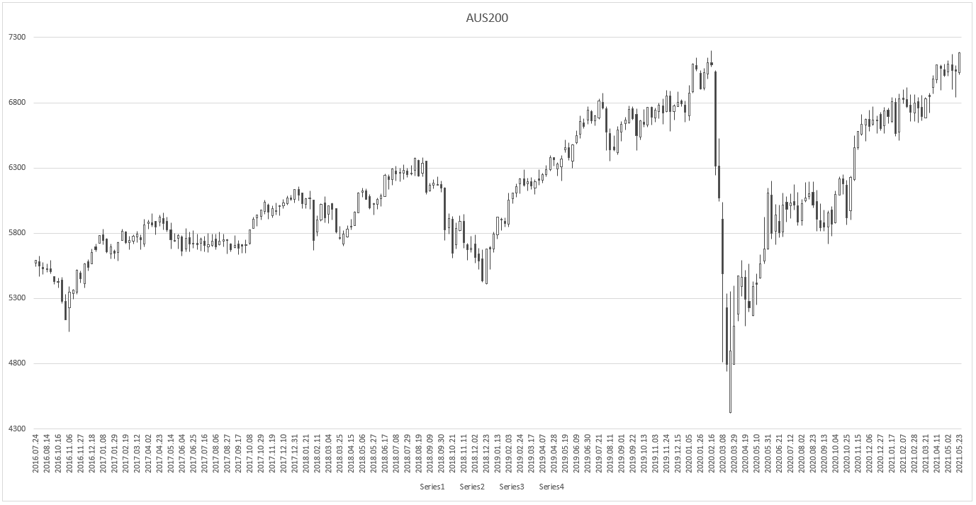 Figure 1 (Source: IS Prime) AUS200 Weekly : The Aussie broadbased benchmark set to settle at all-time highs at week ends. Australia had lagged other developed counterparts in their recovery largely due a slower vaccination campaign.