Confidence in the dollars continues to wane. An outbreak yet to be contained, a Fed in unprecedented supply of money and a Congress in talks to unleash a further $1 trillion top-up stimulus package. As investors seek a hedge against the inevitable inflation, Bitcoin broke past 11K heading towards 12K after a prolong period of consolidation. Alongside the digital currency, Gold continues its record-breaking highs. 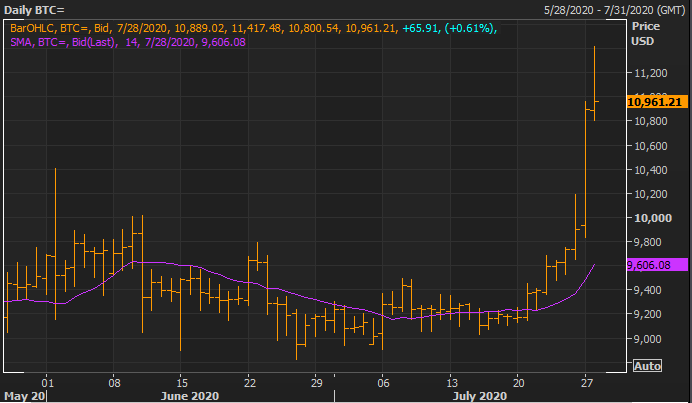 Figure 1 (source: Refinitiv Eikon): Bitcoin settles above 10K, with the option market pricing in a 7% chance of hitting 20K by EOY.

Congress began negotiations on a compromise between Republicans $1 trillion stimulus bill and the $3.5 trillion brought forth by Democrats. With only two weeks till the Senate leaves for a session break, a return to business in September and elections in November, rhetoric on both sides is intensifying.

The GOP assuring “we’ve got some good numbers” about the plan with the Democrats denouncing “The Republican proposal is a punch in the gut and a slap in the face for 30M Americans relying on lifeline unemployment benefits”.

Other than the obvious size of the deal, key differences lay on Democrats wanting aid passed on directly to States while Republicans want to implement policy protecting businesses and smalls when they re-open from lawsuits stemming from Coronavirus related incidents.