Subdued rally across Wall Street as much of the anticipated optimism has seemingly been priced in already. Yesterday, signs of fresh stimulus hopes were renewed following bi-partisan dialogue between House Speaker Nancy Pelosi and Senate Majority Leader Mitch McConnel on the proposed $908bn package. Elsewhere, US-China relations continue to overshadow bi-lateral trade. When questioned, the incoming administration noted they will leave the existing phase-one trade deal intact until President-elect Biden reviews all foreign policy. Out-going President Trump was facing allegations of his own when unsealed court documents revealed U.S. prosecutors were investigating whether the White House offered presidential pardons for political contributions.

Within the Euro Zone, the FTSE outperformed after Pfizer BioNTech’s vaccine received emergency approval in the U.K. 20mn doses are expected to be available next week with the elderly first in line. Across the aisle, the German DAX slipped 0.5% as the nation struggles to round the daily infection curve. Chancellor Merkel has extended partial lockdown by 3 more weeks. The on-going Brexit sage still a cause for concern as EU’s chief negotiator warns both sides have yet to overcome differences.

Asia-pacific indices were mixed, with Australia and Japan mute whilst Hong Kong added 210 points from strong Caixin services PMI out of China. 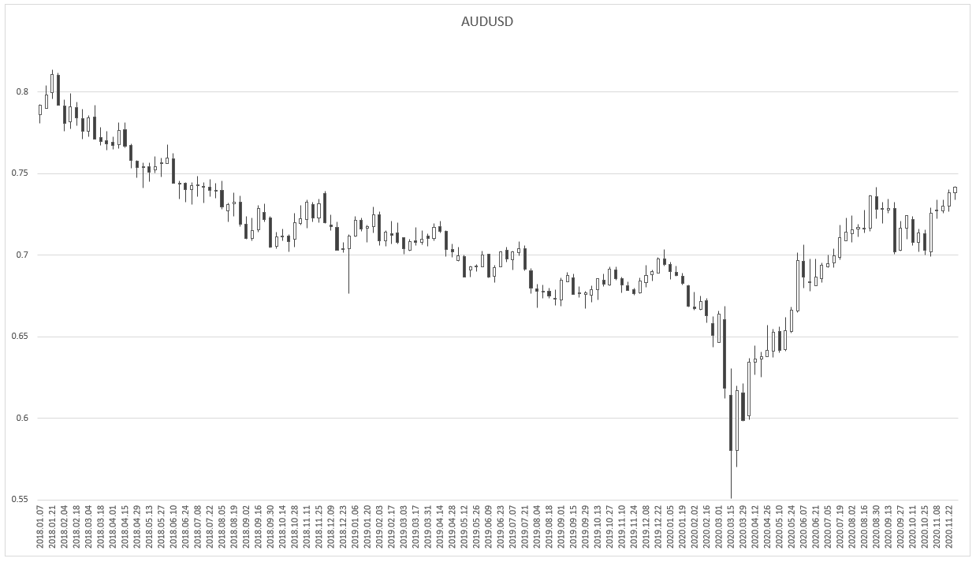 Against a basket of major currencies, the U.S. dollars oscillates at 2 and half year lows. On the other side of spectrum, the Aussie dollar breaks out into a 26-month high on the back of better than expected GDP data. Meanwhile, the Euro dollar still in high demand as it settles above the 1.21 level. Gold regains loss ground back to 1,830 and bitcoin finds an equilibrium at 19,000. Despite a growing inventory surplus crude oil just over 50 cents on Wednesday.