USD rallied Monday following a 44.3% MoM increase pending home sales data print. On the Covid front, many U.S. states revisit earlier moves to reopen the economy. Vaccine-wise, the candidate Ad5-nCoV has been looking promising and has been recently approved for human trials on military personnel.

Asian Shares trade higher even with the Chinese Parliament approval of the new Hong Kong security law that will increase Mainland's control over the region. 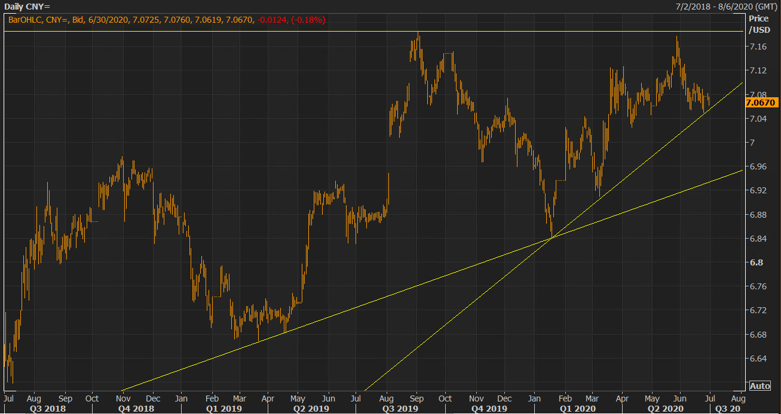 Tensions expected to rise between US and China as both nations seek to implement additional red-tape poised to bolster each respective parties rhetoric. In the thick of it, Hong Kong as China begins implementing piecemeal reforms aimed at assimilating the Special Administration Region back under One-China, whilst across the Pacific US initiates rolling back Hong Kong’s special trade status. The Trump administration unlikely to ease off rhetoric in the coming months as Presidential elections loom in November.

Speaking of elections, Singaporeans in the coming nine-days till 10th July will be deluged by campaign slogans, ads and banners in hotly contested constituencies. Predicted to win, the current ruling People’s Action Party, of whom have yet to lose since 1965.

All eyes on Federal Reserve Chairman Jerome Powell tonight, expected to testify before the House Financial Services Committee in Washington together with Treasury Secretary Steven Mnuchin. Previous remarks denote alongside containing the Corona virus outbreak, fiscal relief and accommodating monetary policy is key in returning confidence that would allow people to reengage in economic productivity.