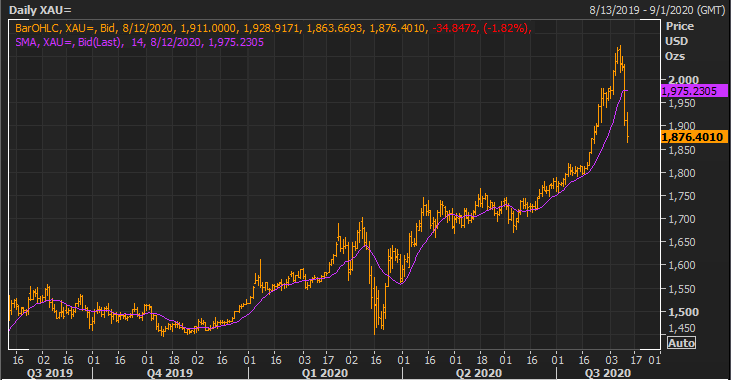 Gold tumbles over $100 in a single day as the stalemate in Washington continues. Deteriorating relationships between congressional parties has seen a lack of talks since last Friday. Wall Street followed the decline as markets become increasingly concerned a compromise in further fiscal aid is getting harder to achieve. Expectations now see a deal more likely to be struck in September.

Asia though has opened choppy with investor sentiment mixed. Nikkei rose as exporters benefited from the recent depreciation in the yen whilst Hong Kong and Sydney ticked lower on weakening household sentiment. 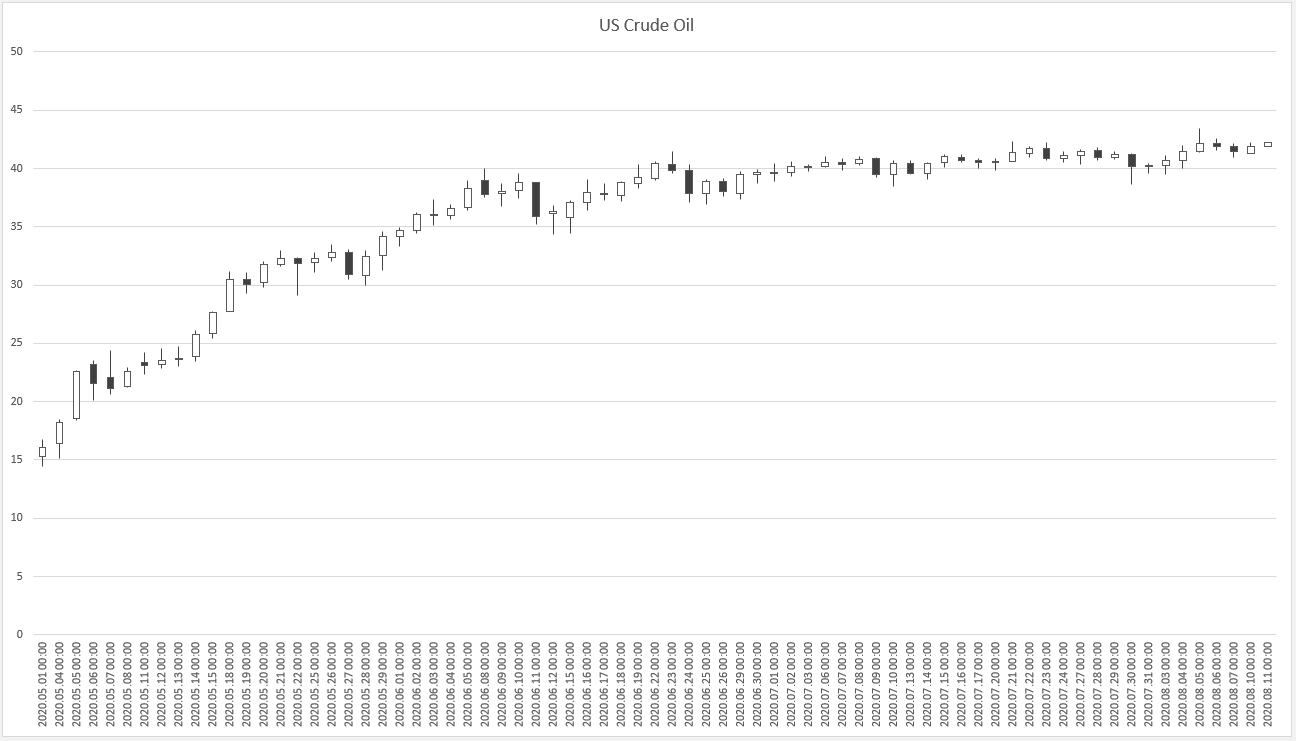 Off to a positive start for Asia with indices up over yesterday’s session highs, shrugging off an ever-deteriorating relationship between America and China. In response to US placing sanctions on 11 Chinese and Hong Kong officials, China retaliated with 11 sanctions of their own. The list avoided direct personnel from Trump’s administration but did include allying US senators such as Marco Rubio and Ted Cruz.

China thus far has remained ahead of the curve in their economic recovery. Recent auto sales data illustrated a 16.4% year on year increase alongside four months of consecutive gains. Crude oil responded upbeat to the data on top of announcements by Iran to cut output by 400,000 bps in compensation for overproduction for the past 3 months. Vacancies in oil storage are also rising as energy companies begin taking back product to meet renew demand.

For the week ahead, initial focus will be on the four executive orders Trump signed in providing temporary relief to the US economy, bypassing congressional law makers. Among other nuances, a difference of $2.4tn currently divide Democrats and Republicans from signing a deal. Thus far, Asia has opened slightly upbeat with US, UK and EU futures looking to edge higher. The American greenback experiences one of few reliefs, halting its depreciation and ended up on Friday close. Much of market sentiment still sees the dollar depreciating over the long term amid continuous quantitative easing by the Fed and expectations on top of Trump’s aid relief, US congress will etch out another stimulus package.

Turkish lira continues to hold ground as attempts to settle above the 7.3000 level fails. Moves from Turkish authorities suggest they will be taking a step back from active intervention when over the weekends regulators announced tax exemptions for foreign exchange trades. Elsewhere, Mexico’s central bankers will convene on Thursday, likely to cut policy rates for the 10th consecutive time, while Peru, Egypt and Serbia expected to hold rates steady. 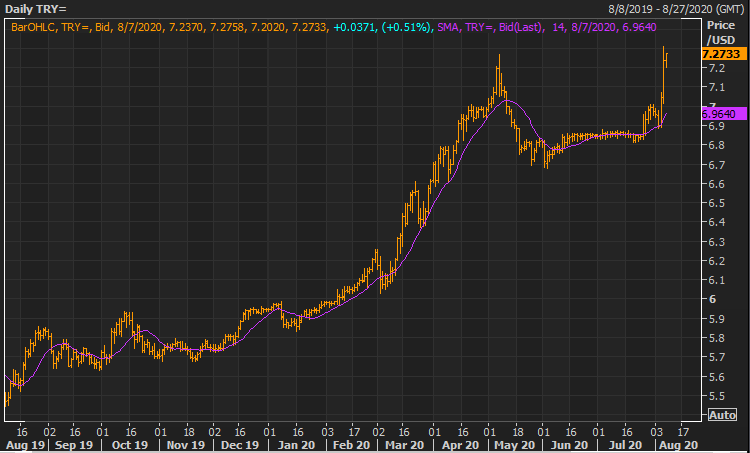 Global indices slip in Asia as market participants await non-farm payroll due to be announced today. Mix US employment data has left most benchmarks directionless. Whilst ADP on Tuesday saw deteriorating labor markets, yesterday’s claims data showed sizable improvements. Wall Street though remains buoyant on talks of additional fiscal stimulus as opposed to the progress of a deal itself.

Selling in Turkish lira intensifies as USDTRY reaches record highs with attempts by Turkeys central bank to prop up the failing currency. This year alone the lira has depreciated more than 18% against the American greenback. In defending the lira, authorities are burning through dollar cash reserves, of which is nearing depletion. Without raising interest rates soon to stifle the currency’s weakness, the nation will be opening its doors to rising inflation on top an already dysfunction money market. 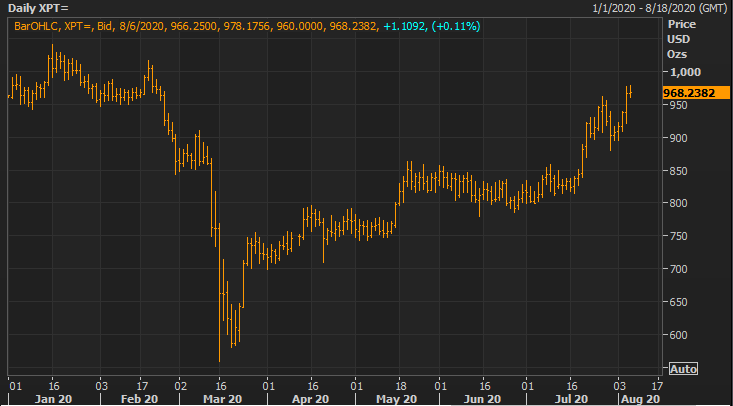 Wall street pushes higher with earnings season on its last legs whilst Asia starts off mixed. For the data ahead in the remaining week, topic of interest for global indices will remain on progress in stimulus talks in America. Recent Central Bank announcements have illustrated most policy makers reluctant to expand monetary easing programs as many sit tight and observe. With fresh outbreaks, cracks in the global recovery is appearing but have yet to unhinge the positive momentum in recent manufacturing statistics.

Growing concerns as investors worry China may trip itself over their own feet. China thus far, has been a global exception in GDP growth. Prices in base metals have jumped to multi month highs on China’s renewed demand boosted by government financed infrastructure and construction projects. Supply shortages resulting from coronavirus have also contributed to the price rise. Nevertheless, recent crackdowns in shadow bank lending have small and medium businesses fearful. Most of whom, do not qualify for traditional banking. Plans to cap rates at 15% have been announced the Supreme Court will cut such enterprises off from crucial finances. 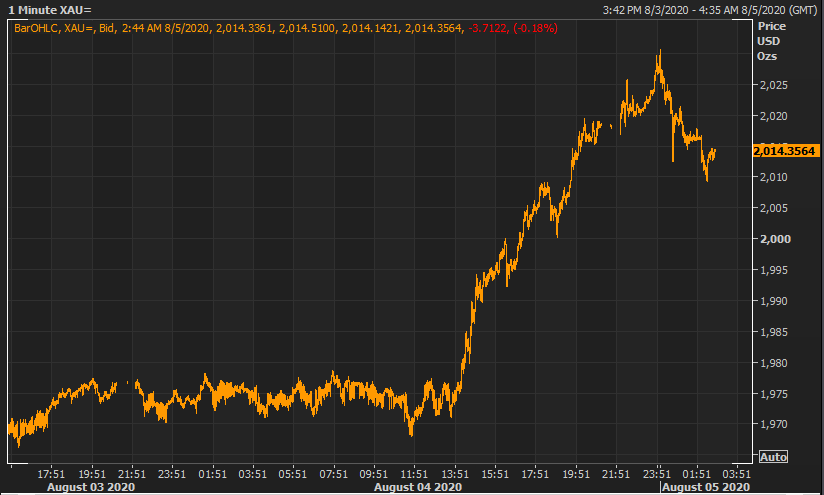 Gold settles above $2,000 on the back of plummeting Treasury yields. Concern surrounds the lack of progress in stimulus talks between the two US congressional parties. The longer the delay to reach a deal, the greater the cost over time for the US economy. The more the Federal Reserve will be required to continue its various quantitative easing measures. And with it, the continual debasement of the dollar. Investors worried of subsequent inflation have been forced to seek safety in precious metals. 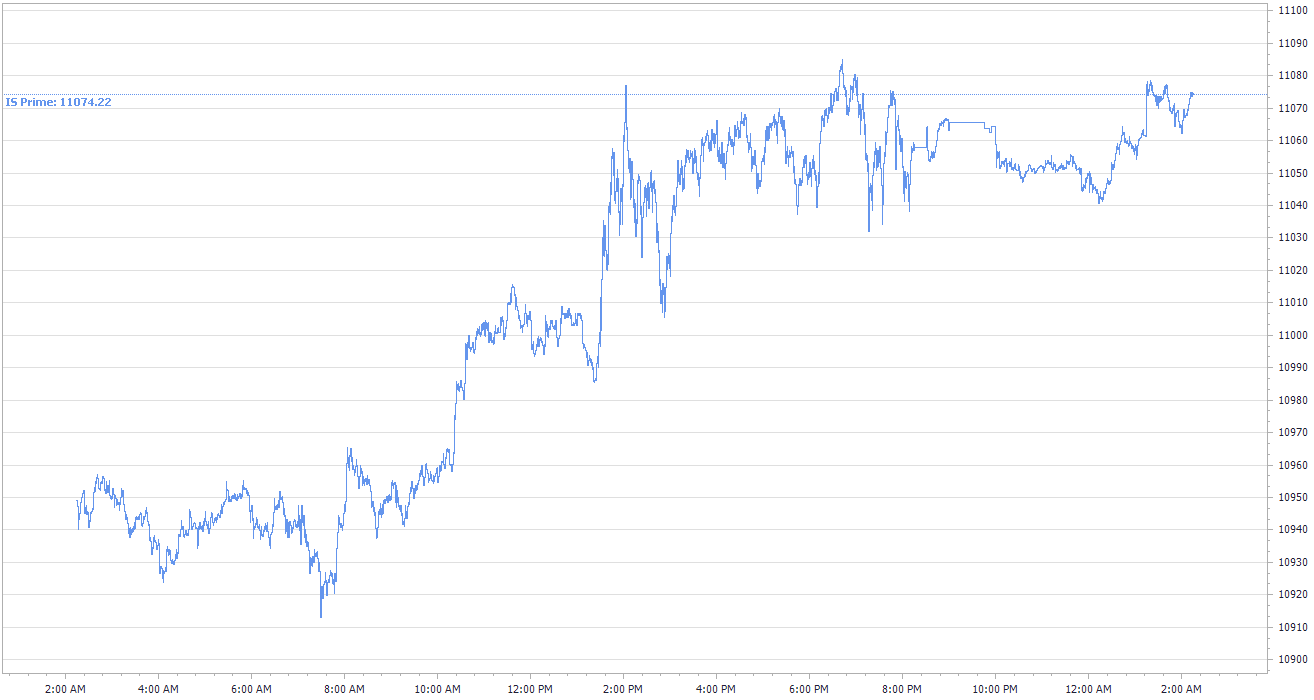 NASDAQ continues to outperform global indices as the index closes at record highs. Amid rising tension between the US and China over TikTok, a Chinese-owned video social media app. The White House has taken a step back. As opposed to an absolute ban, the administration will allow a deal between Bytedance (TikTok’s owner) and Microsoft. Microsoft will be able to acquire the full operation of the app in the US. Both American and Chinese tech stocks surged on the prospect that geopolitics will force further buyouts in the horizon. 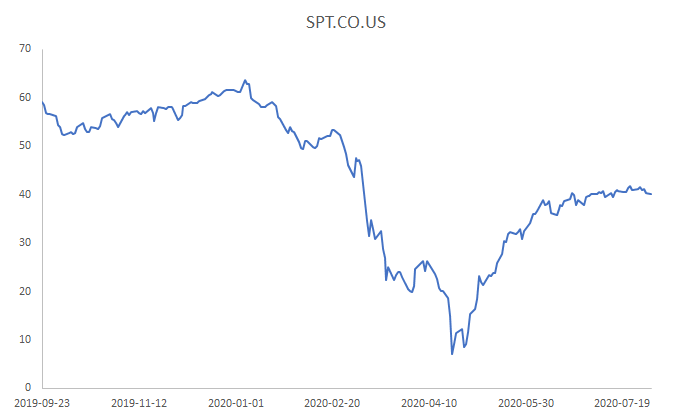 Gold edges closer to 2,000 with inflation expected on the horizon as Asia opens mixed. Initial improvements in sentiment is waning. Previous boosts in global macroeconomic figures from pent-up demand when economies re-opened back up seems more likely a one-off now. With re-surging global cases continuing to hamper recovery, tourism which represents 10% of global output is left decimated. Recent attempts to restart the industry met with failure when an Arctic expedition cruise was hit with a large-scale Corona-virus outbreak. 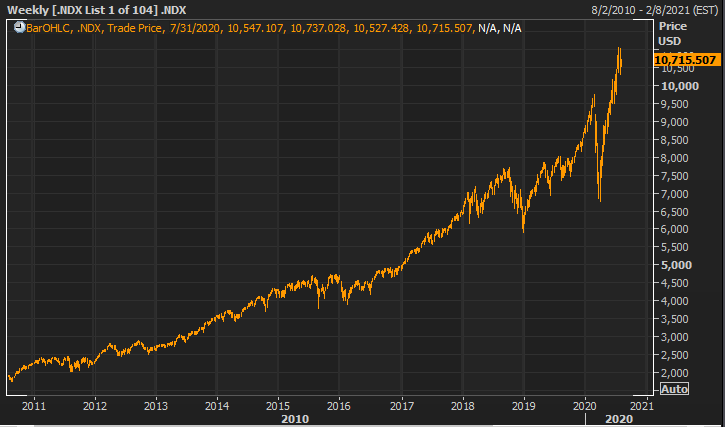 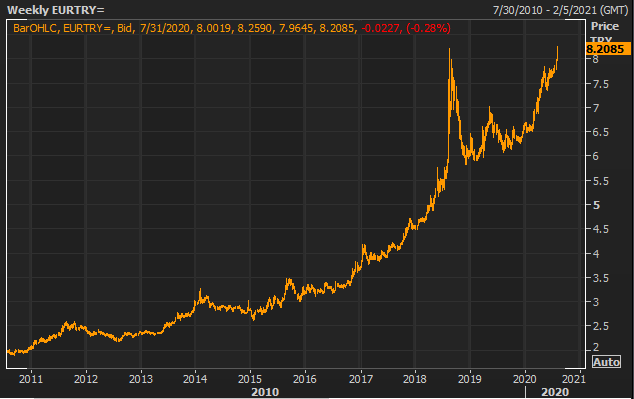 Initial relief in Global indices with the Fed pledging a “full range of tools” to support America’s lethargic economy. Nonetheless, much of the optimism fizzled with Asia opening mixed. Weighed down by the constant stream of Coronavirus updates. Europe and Hong Kong face alarming surges in cases after easing restrictions. Australia on tilt with additional state border closures in Queensland. Fatalities in the US topped 150,000 as California records 200 deaths in a single day.