Spot Gold Trading - All that Glitters… 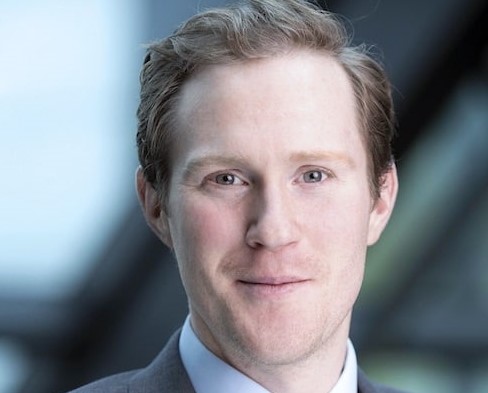 Since early May this year, gold prices have been increasing almost daily, to the extent that we are now at a similar level to the highs of August 2013, in USD terms.

However, here at IS Prime we see the recent move as different to previous rallies in that they have been accompanied by record volatility, with a surge in gold trading from our clients pushing volumes up as much as 146% since the start of the year.

In part, this has been a result of the market hitting yearly highs on multiple occasions, and recently surpassing 2013 highs, as can be seen from Figure 1 below. 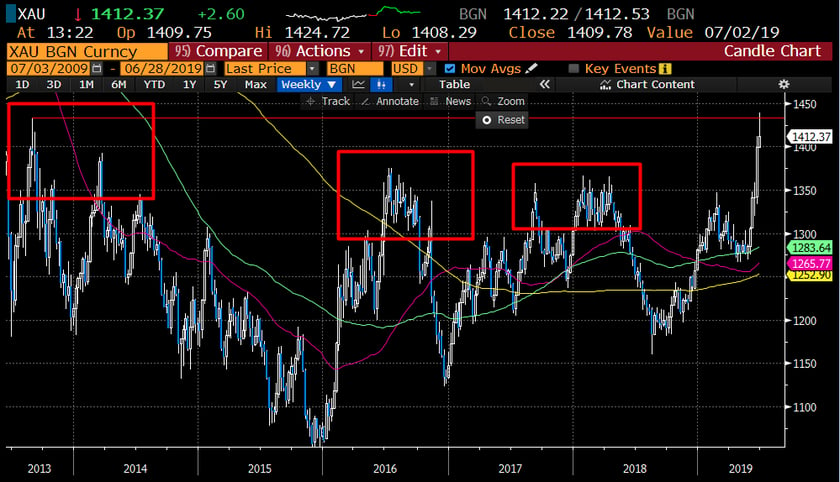 Whereas previous gold rallies have been ‘safe haven’ flows, as asset prices readjust to the ‘lower for longer’ environment in the Interest Rate world, what is unusual this time is that the move has happened in such a low volatility environment (see figure 2 below). 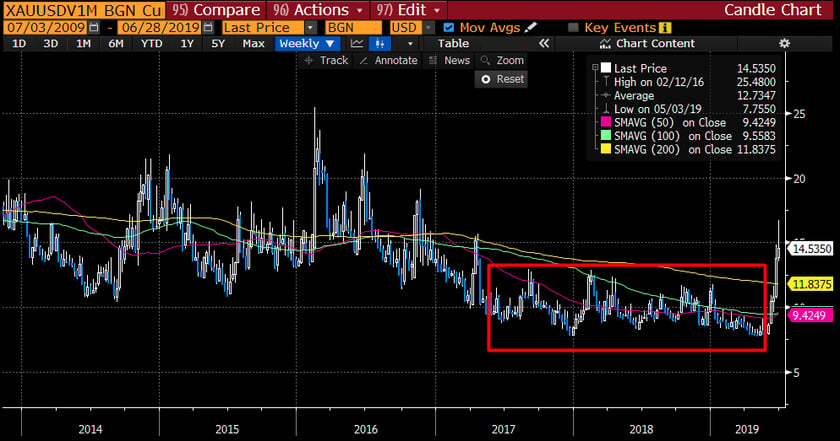 Whilst volatility has increased towards the end of June, the low levels seen since mid 2017, combined with higher than normal volumes, have driven IS Prime’s liquidity providers to compete more aggressively for our flow. Our unique technology, which allows us to take a systematic approach to routing liquidity, means that our LPs give us feedback that they would rather the flow came through us rather than our competitors.

The net result of this is that IS Prime’s outbound spreads have become significantly more competitive in both spot gold and gold crosses.

Given the increased interest in gold in these current market conditions, the growth in volumes and the aforementioned spread compression, we are now seeing a strong influx of customers who, having taken the opportunity to analyse the competitiveness of their liquidity providers’ offerings, have often found these lacking.

If you would like to learn more about IS Prime’s gold trading offerings, please get in touch.